The blower mower and fan assembly are the heart of your air conditioner. Without these parts, the cold air generated inside the unit won't be forced to circulate out of the vents. Knowing the symptoms of a failing blower means you can have it repaired before it gives out completely. Your AC technician can then determine if it needs to be repaired or replaced.

1. No Air From Vents

The most obvious sign of blower problems is when no air circulates out of the AC vents, even when the HVAC system is running. A total lack of airflow means that the motor has likely seized. There may not even be the hum of the motor trying to run. Causes can vary, but a total failure will often indicate that it's time to replace the blower assembly.

More often, a blower will begin performing at reduced capacity as opposed to instantly going into a catastrophic failure. At first, it may just seem like it takes longer for the house to cool when the AC is running, but eventually, the lower airflow means the house may not cool at all. You may feel some airflow from the vents, but it won't have the same force or cooling capability. In this case, the blower may just need to be cleaned or serviced.

Most AC blower assemblies are relatively quiet, producing little more than a soft hum while in operation. Squealing noises can occur at startup or throughout the cooling cycle, and they usually indicate friction issues that might possibly be repaired with lubrication. Rattling or grinding can be a sign of issues with bearings in the system, or there could be loose or broken pieces in the motor or on the blower fan.

Unlike a furnace, which can produce a burning odor as it burns off dust in the system, the air conditioner should never produce a burning or singed smell. Burning odors can mean a short in the electrical systems in the blower, which can be a fire hazard. Turn off the air conditioner until a repair tech can inspect it to ensure there are no fire risks.

A malfunctioning blower assembly won't move air efficiently, which can lead to a sudden shutdown of the system mid cooling cycle. This is due to overheating in the motor. The AC may come back on after the systems cool down, but the problem will repeat until repairs are made.

Contact an AC repair service if you notice issues with the blower motor and fan unit in your HVAC system. 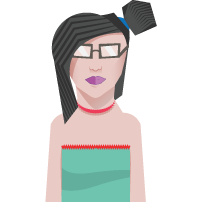